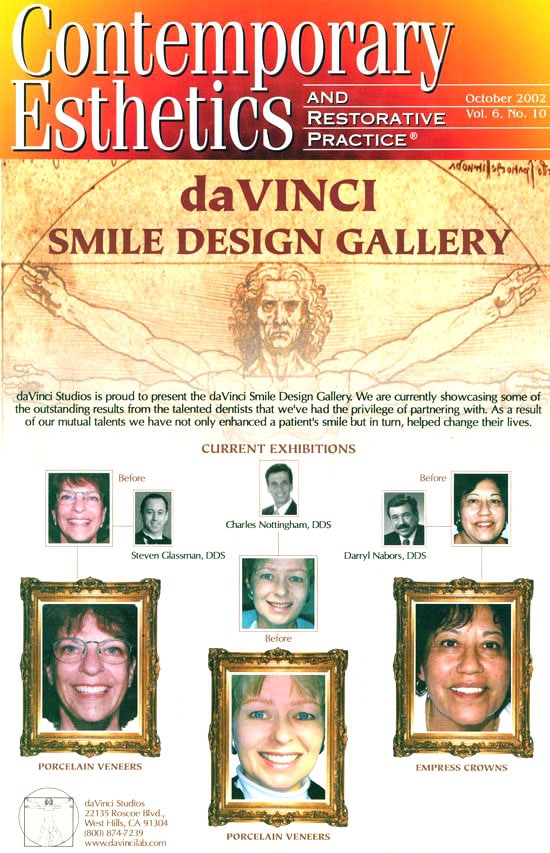 “…your preparations and impressions exceed perfection [for our Mother]…
If the Extreme Makeover show was filmed in Florida,
I am sure you would be the providing dentist.”

The plaque (below) was awarded to us from the ABC Extreme Makeover Dental Lab, da Vinci, in appreciation for the cosmetic dentistry we performed on the owners’ mother and the many years we’ve worked together with da Vinci Studios in restoring thousands of smiles. 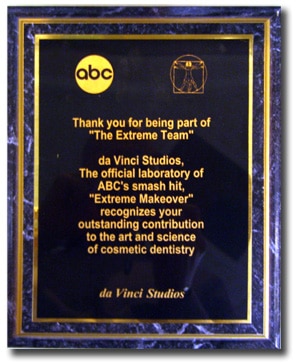