Lumineers as the Thinner Version of Traditional Veneers

Besides offering a variety of traditional veneers, including daVinci veneers ABC’s Extreme Makeover and Fox’s The Swan), our office also offers Lumineers.

However, not everyone is a candidate for Lumineers. Lumineers are designed for minor chipping, misalignment, and discoloration of teeth. Every patient must be evaluated on an individual basis. In some cases, a combination of traditional veneers and Lumineers or Invisalign and Lumineers would be optimal to accomplish the desired result.

“Ever since ABC-TV’s Extreme Makeover, we have noticed a marked increase in patients asking about veneers, and more recently, Lumineers,” said South Florida Cosmetic Dentistry cosmetic dentist, Dr. Charles Nottingham. “Many people have some confusion about the differences and similarities between the two. Basically, a Lumineer is a type of veneer that requires less preparation and little or no removal of the tooth structure.” 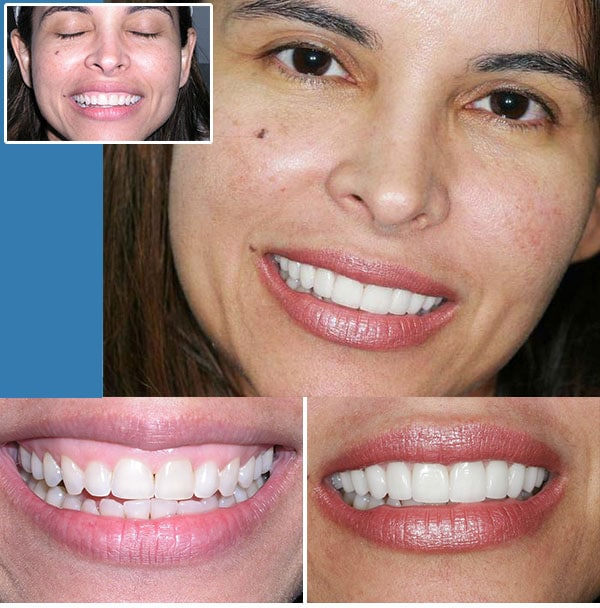 “Lumineers are ideal for minor cosmetic adjustments, but I would not recommend them for major extreme-makeover and instant-orthodontic work, “said Dr. Nottingham. “For example, I would suggest a patient add a couple Lumineers to extend small teeth, fix a minor chip, or change color. For patients who want to close a diasema (wide gap between teeth) without using metal braces, I would suggest traditional veneers because it allows me more flexibility in molding the veneer to create the best aesthetic look. One size does not fit all.”

Ask about our complimentary cosmetic consultations.